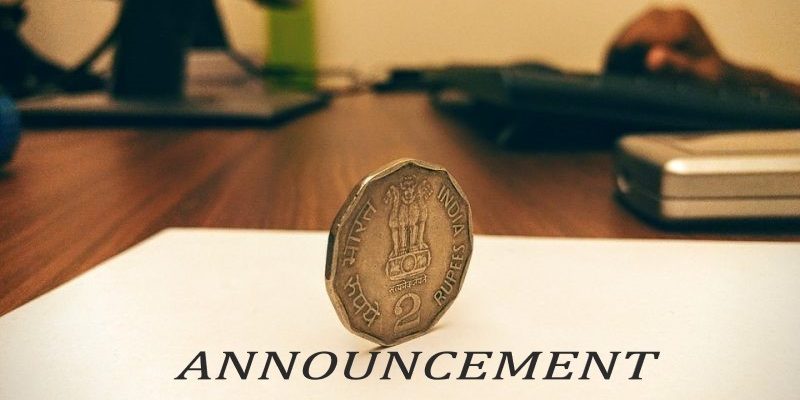 Posted by Vaishali Goyal
In: Announcements
On 28 Mar 2020

Responding to coronavirus crisis , RBI slashes rates of Interest and makes some other provisions to support the entire banking system and economy.

The Reserve Bank of India slashed interest rates on March 27. The RBI said that it has been decided to retain the accommodative stance of coronavirus pandemic as long as necessary to revive growth and mitigate the impact of coronavirus on economy. The six members of monetary policy committee (MPC) met earlier in the week to arrive at the decision. RBI chief Shaktikanta Das has also announced loan payment relief. This decision will provide Rs 3.7 lakh crore liquidity boost to Indian economy which will be balm relief to retrieve the falling condition of economic status.

Reduced Rate Of Interest on Loans:-

In the wake of the coronavirus pandemic, the Reserve Bank of India (RBI)cut the repo rate by 75 basis points to 4.40 percent versus 5.15% earlier. The monetary policy committee advanced its meet to March 24-27 and voted by 4:2 majority to reduce the policy of repo rate.

Let Us Understand What is Repo Rate :-

The reverse repo rate under the LAF stands reduced by 90 basis points to 4.0 percent.

What is Reverse Repo Rate :-

The term Reverse Repo Rate stands for the interest on which RBI gets fund from other National or subordinate banks.

Announcement regarding balance reduce 90% to 80% to inject liquidity 3.74 lakh Crore.

CRR is the percentage of deposits that banks have to mandatorily keep with the central bank. RBI last reduced CRR on February, 2013, by 25 basis points. In all, Rs 3.74 lakh crore liquidity to be injected into system through the measures announced yesterday (Friday), he added. The governor also assured the public that the banking system in India is safe. Requirement of minimum daily CRR balance maintenance reduced from 90 percent to 80 percent effective from 28 March 2020 to 26 June 2020.

Cash reserve ratio (CRR) of all banks reduced by 100 basis points to 3.0 per cent of net demand and time liabilities (NDTL) with effect from 28 March 2020 till 26 March 2021. RBI Governor announced a reduction in cash reserve ratio (CRR) of all banks by 100 bps to 3 percent from 4 percent, with effect from March 28 for one year. This is expected to release Rs 1.37 lakh crore liquidity in the market.

Relief provided for the repayment of EMI against the loans:

The RBI in its statement said that all commercial banks (including regional, rural banks, small financial banks and local areas banks), co-operative banks, all-India Financial Institutions, and NBFCs (including housing finance companies and micro finances institutions) are being permitted to all a moratorium of three months on payment of instalments in respect of all term loans outstanding as on March 1, 2020. Accordingly, the repayment schedule and all subsequent dues dates, as also the tenor for such loans may be shifted across the board by three months. The effect of this decision normally imply that individuals’ EMI repayments of loans taken would not be deducted from their bank accounts till the moratorium period is over. It is also noticeable that the announcement of leading institutions mentioned above will not adversely impact the credit history of the beneficiaries.

Interest on WC Facilities to be Deferred by 3 Months.

The Reserve Bank of India’s (RBI) monetary policy committee, in order to provide some relief from the damage caused by the deadly coronavirus, decided to defer interest payment on working capital loans by three months for lending institutions. In respect of working capital facilities sanctioned in the form of cash credit/overdraft, lending institutions are being permitted to allow a deferment of three months on payment of interest in respect of all such facilities outstanding as on March 1, 2020

Deferred not to be Considered for NPA:

According to the current norms, if a debt is not serviced for 90 days, it is classified as a non-performing asset. After the proposed relaxation, banks will not be classifying outstanding loans as NPAs.

While in the case of term loans, the tenor of the loan will be shifted forward across the board by a period of three months, in the case of interest on working capital, the accumulated interest will be payable at the end of the period. The bank stated that revised DP calculations will be made by reassessing the WC cycle, and that all the measures it was announcing would not affect the credit history of an entity.